Giant retailers and consumer product companies are frantic to be perceived as green and sustainable.  Meantime, the major plastic resin producers are doubling down on conventional fossil-fuel based resins.  Sounds like a script straight out of  The Innovator’s Dilemma. 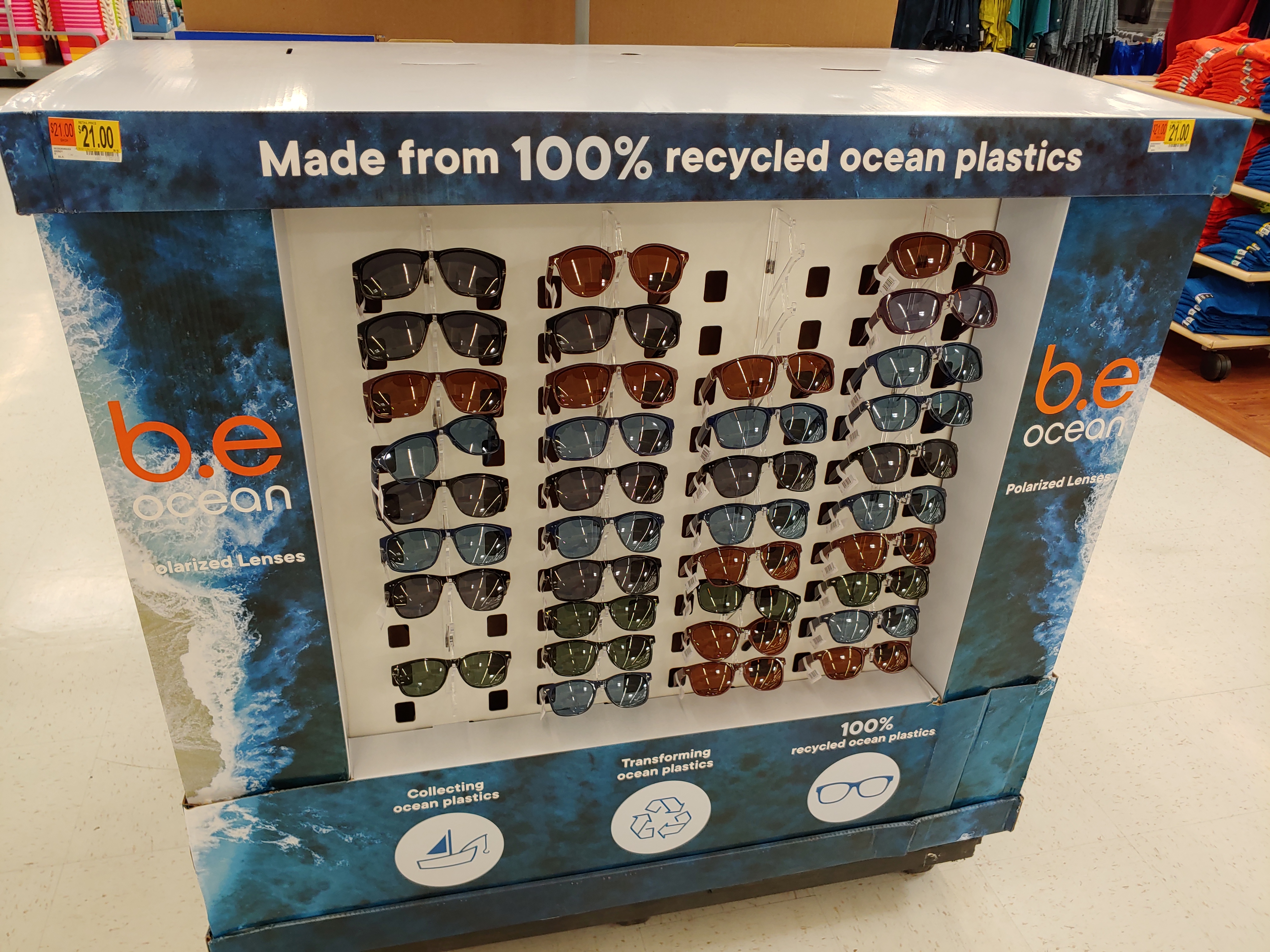 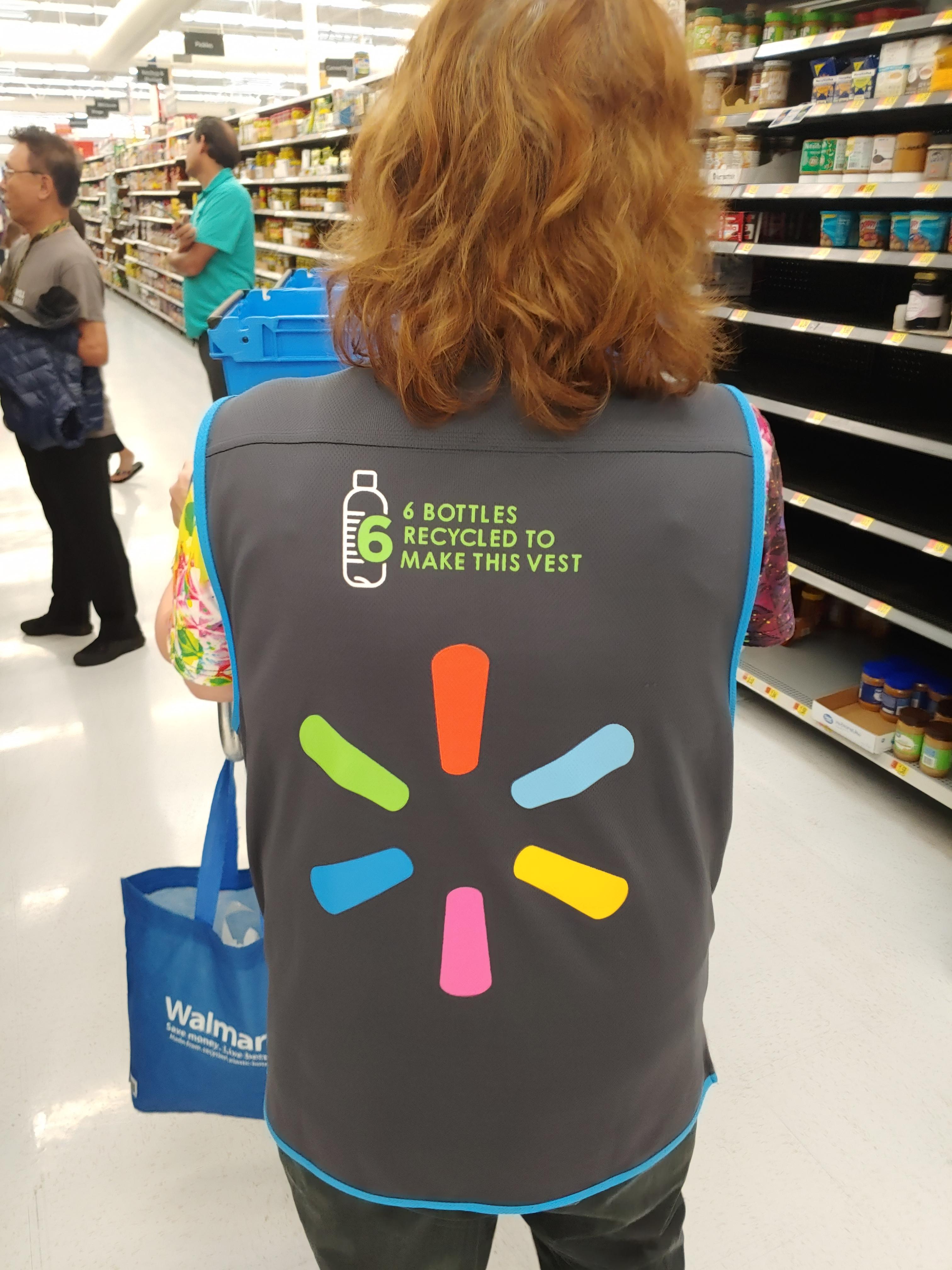 ” Gen 1 ” is defined as plastics derived from fossil fuels.

The decision is complex.

If plastic packaging made from agricultural sources crowds out arable land, food costs will skyrocket.  The major food processors have seen what happened with ethanol.

It’s all about perception.  Anything derived from fossil fuels is perceived as inherently evil and made from a source which is not sustainable.  Braskem has done a fabulous job marketing their “green” polyethylene and polypropylene made from sugar cane.  They get a premium and won’t talk to you unless your volume is 1,000 metric tonnes annual – take or pay.  These resins do not biodegrade any faster than petroleum-based plastic.  Braskem is putting on a billion pounds annual capacity in La Porte, TX.  The feedstock ?  Fossil fuel natural gas.  Their CEO went so far as to praise the U S ( fossil fuel ) feedstock situation.

There are two approaches to a quick fix.  Either “greenwash” ( defined as no change, spin only ) or make hasty changes out of fear of social media.  Notice how much emphasis is put on what a product does not contain these days ?

Bisphenol A is an excellent case study.  ” BPA free” is an insult.  Only polycarbonate and PVC use it as a catalyst.  There are trace amounts in the final product.    If your product is made with any other resin, just say        ” BPA free” and voila !   You take advantage of the consumer’s fear and lack of understanding.which may be just enough to stimulate an impulse purchase.

Sometimes the alternative to the vilified material is worse.  Those who reacted to NGO’s clamor for a BPA ban by substituting BPS and other materials were the biggest losers.  In retrospect they look impetuous.  The quiet epilogue: BPA’s recent clean bill of health despite being put on California’s prop 65 list and the EU’s possible ban.  Did the NGO’s give a public apology ?   A “never mind” a la Emily Latilla ?

Of course not.  The disingenuous virtue signaling malcontents just move on to another faux outrage cause.

The latest angle is apparently a hybrid of fossil fuels and potato starch from a company called Biologiq.  They offer both compostable biopolymers and combo fossil fuel resin / biopolymers.  They claim their resin initiates a reaction which renders the conventional resin truly biodedgradable.  I have not seen convincing supporting science.  Just the same, the CEO of Walmart is pushing hard to get whole produce packaging transitioned immediately. 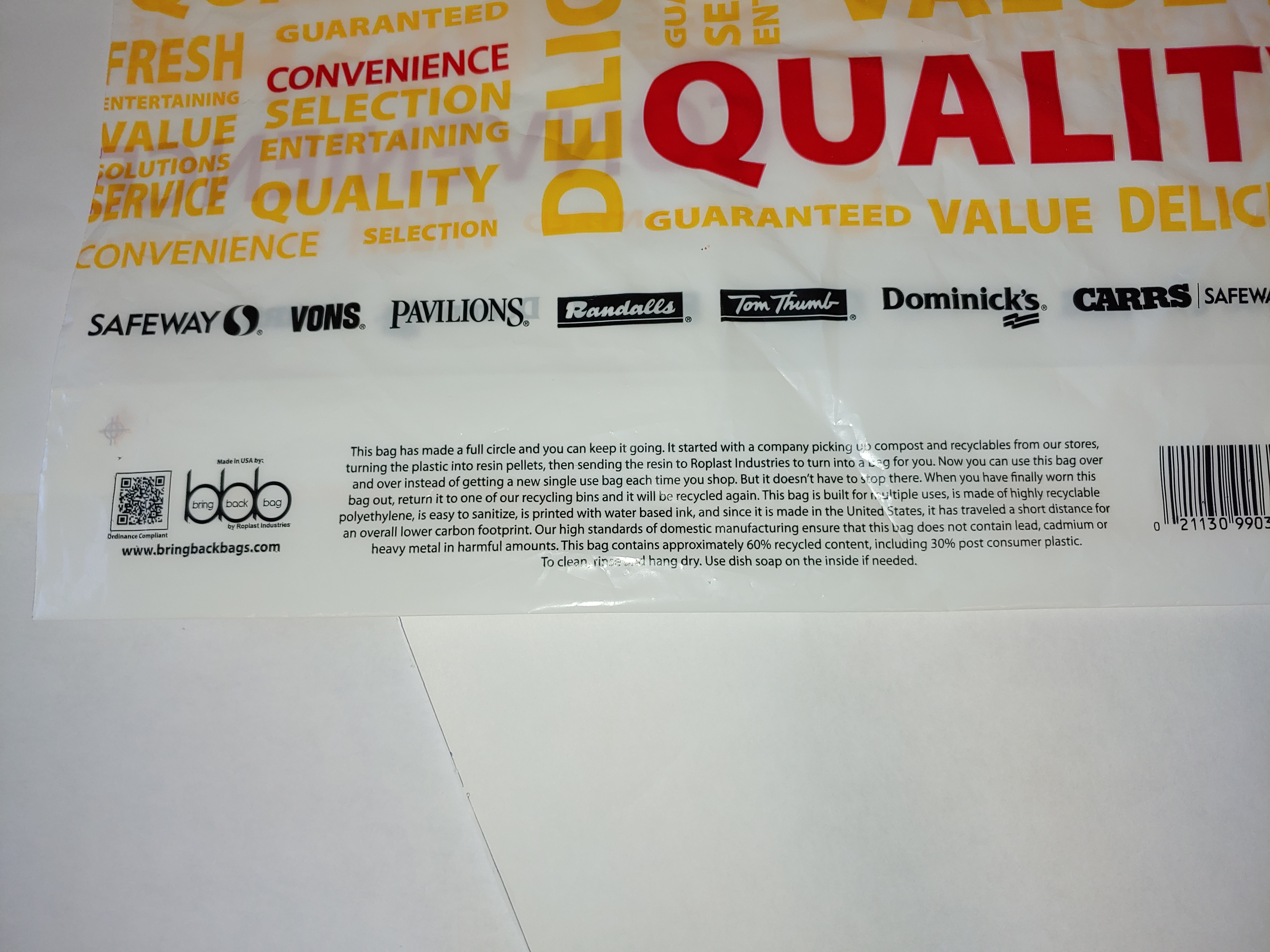 What is quietly catching on is post-consumer recycled content.   While this approach does not appease the greens for whom fossil fuels is anathema, it is a compromise.

Consumers feel good about recycled content for whatever reason. 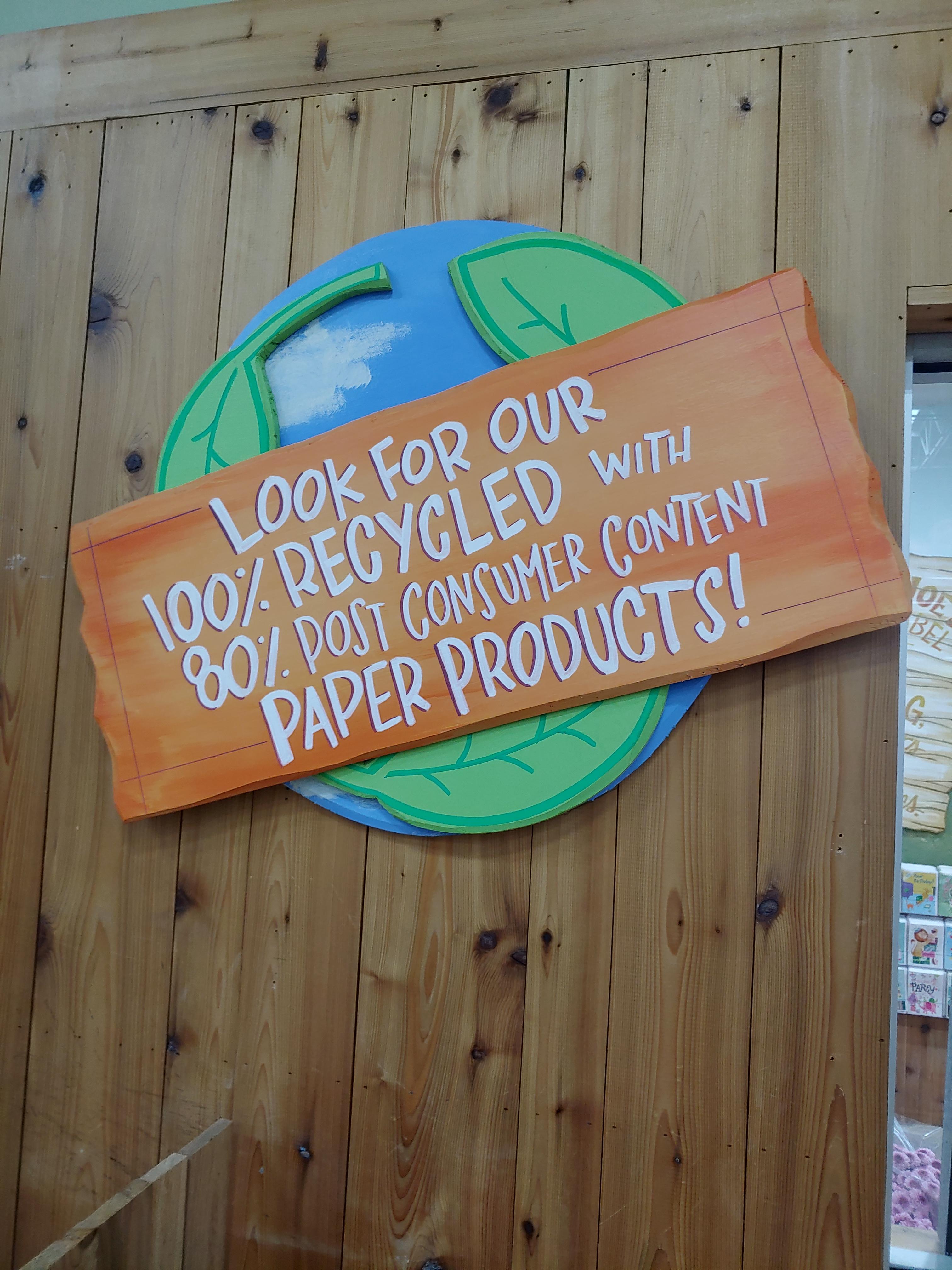 The major resin producers are not working on it.  They have their hands full with virgin resin.  Resin distributors are partnering with outfits who reclaim and repelletize plastic scrap.   Feedstocks are either the bags returned at the supermarket or the shrink wrap and stretch wrap from the back of the store.  The consistency of the initial product offerings is impressive given the variation in feedstock.

There are limitations on the amount of post consumer content (  Burying floorsweep in the core layer of coextruded has been around for a long time; overnight shipping envelopes is a ubiquitous example. ) – mainly consistency and FDA approval.  Reclaimed from whatever source is by definition so we will be resigned to adding some virgin resin.   While some extruders are making claims about having ” FDA non-objection ” letters for prolonged and direct food contact, we have not seen one.  If we use post-consumer resin for food packaging, we would lose our Kosher approval. 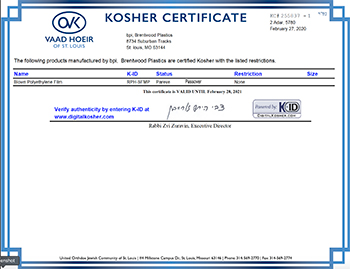 The prime resin distributors are telling us post consumer resin will be a standard offering by the end of the year.
We are developing select non-food applications such as trade show bags, reusable bags and barrier tape.

Over 100 years ago, H L Mencken said ” For every complex problem, there is an answer that is clear, simple and wrong. “